The plot with 2000 m² and 20 m beach line is located on the Praia da Ponta da Pedra, one of the most beautiful and unspoilt
Regions of Morro de São Paulo, located in the Brazilian state of Bahia. Close to the west side of the property is a road leading to Gamboa. The plot can also be reached by boat. From the property itself you can enjoy a panoramic view of the Ilha Tinharé as well as fantastic sunsets.
15 minutes away is the tourist center of Morro with boutiques, restaurants and a distinctive nightlife.

Until the 60’s Morro de São Paulo was just a fishing village. It was not until the 1970s with the arrival of backpackers and hippies that the small, quiet village began to receive tourists and new residents.

According to the census made by IBGE in 2007, Morro de São Paulo has approximately 4000 residents who are divided into 6 different neighborhoods: the central part that includes the village, large fountain, Rua da Biquinha and Rua da Prainha – parallel to the First Beach; Mangaba located at the top of the hill with a 188-step staircase giving direct access to the village; the lagoon; the beaches; the Nossa Senhora da Luz neighborhood also known as Buraco do Cachorro and the most populated with a quarter of the locals: the Zimbo.
Morro de São Paulo is part of the Tinharé archipelago composed of 26 islands and only 3 of them are inhabited. The others are small islets covered with mangroves. The largest of these is the island of Tinharé, which bears the name of the archipelago and is where is located Morro de Sao Paulo and other villages such as Garapuá, Gamboa and Galeão. The other two is Boipeba Island which includes its villages: Velha Boipeba, Cova da Onça, Ponta dos Castelhanos, Moreré and Monte Alegre. Finally, Cairu Island is the administrative headquarters of the only archipelago municipality in Brazil and also the only one with road access to the continent.
On the mainland the closest city to Morro de Sao Paulo is Valença, from there you can reach Morro with daily boats. The city has great economic influence from the islands of the archipelago, as it supplies these residents and tourists in general as well as bank access and health support.

The price represents a basis of negotiation. Counter offers will be analyzed.

Documentation and Plans can be sent on request. 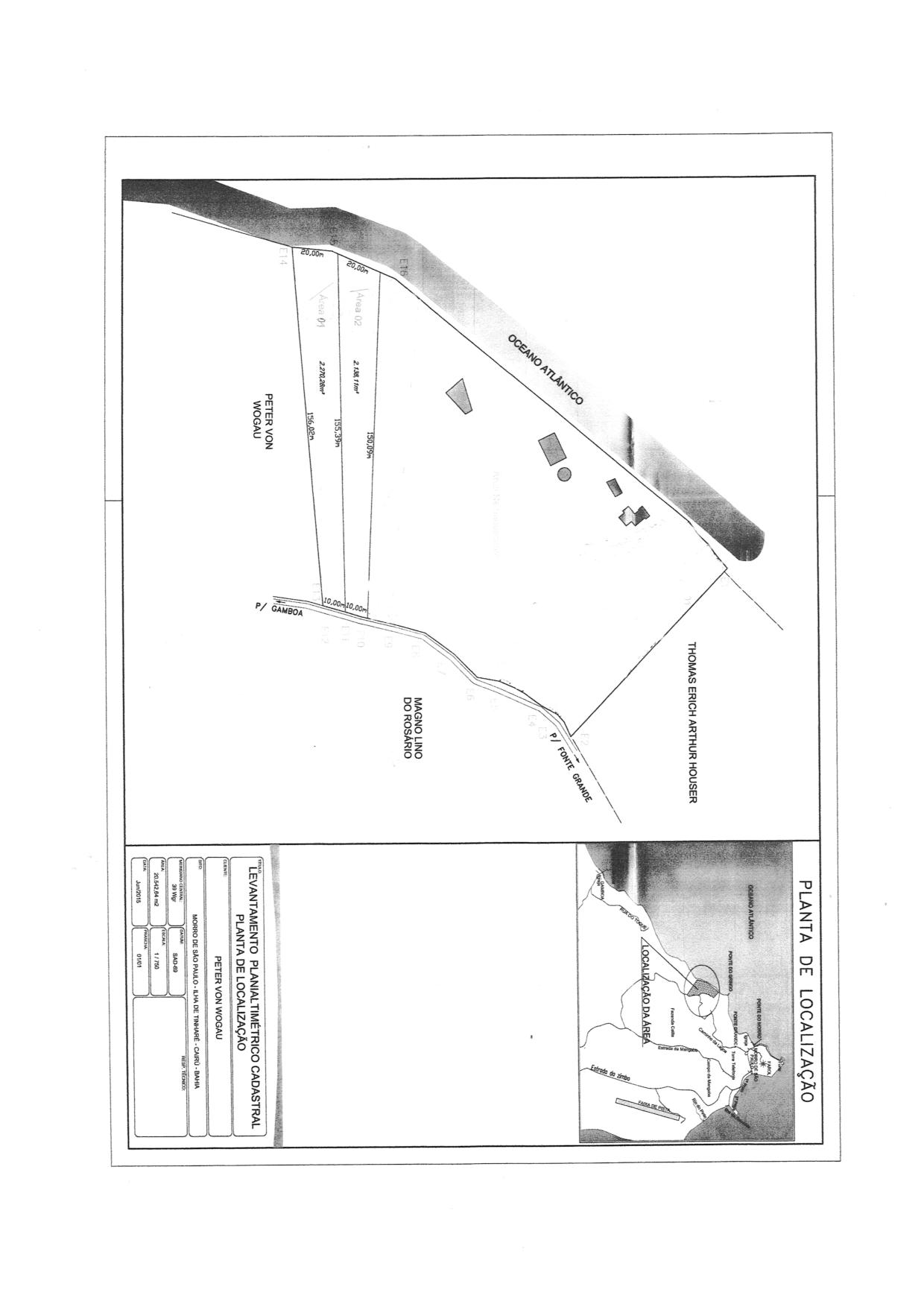